You are here: Home » Seniors » Seniors are Doing It: Medical Marijuana 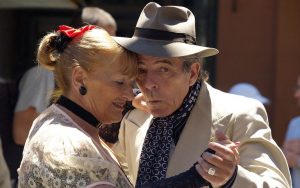 Perhaps not your grandparent’s pain meds, medical marijuana is quickly becoming a favorite ‘go-to’ medicine for Baby Boomers and those ever-more elderly. Getting to this point of therapeutic use, however, has been quite the long and windy road given how the US Government stigmatized the cannabis plant back in the 1930’s culminating with the Marihuana Tax Act of 1937. Sadly, the rest is American history.

American society as a whole is documented to be pretty much stuck in the dark ages when it comes to understanding the use of medical marijuana to reduce chronic pain, anxiety, stress, insomnia and depression in old age with little to no risk.

How much more evidence do we need about how pharmaceutical drugs are killing people before we wake up to natural remedies that have always been there for us?

September 2018 the University of Michigan published a study entitled: “One in four older adults prescribed a benzodiazepine goes on to risky long-term use.”[1] In The Anxiety Epidemic, I mentioned, how when benzodiazepines are combined with an opioid drug, overdoses quadrupled between 2002 and 2015. The Drug Enforcement Administration (DEA) states that the deadly drug, fentanyl, has been found in Xanax.

Doctors know full-well that “benzos” are for short-term use while long-term use has clearly become epidemic. In March, 2018, the National Institute on Drug Abuse (NIDA) cited: “More than 30 percent of overdoses involving opioids also involve benzodiazepines.” Yet the beat goes on as 9% of the 65 and over crowd are prescribed Xanex, Klonopin and Valium without a second thought, according to the U of M study.

One has to wonder what these providers are thinking when they make such meds refillable long-term.

In my mind much of this has to do with the fact that some Medicare programs offer steep discounts on prescription drugs to suffering seniors on a fixed budget. Natural medicine, on the other hand, is an out-of-pocket expense, and something I will address at another time.

Many Baby Boomers, especially those who smoked marijuana back in the day, have decided to give medical marijuana a chance. True to their generation, they are not waiting for The Powers That Be to give them the green light. Life is short and people want to continue living active lives.

Science shares evidence of cannabis-plant benefits for the older and elderly and for the potential overall reduction of pharmaceutical drug use, [2] and as several enlightened MD’s in the country teach their older patients how to use medical cannabis effectively. Yet, the medical profession, by and large, trails behind scientific evidence per the federal law that keeps marijuana an illegal, ‘Schedule 1 drug of no medicinal value. ‘

I recall in the 70’s how marijuana was promoted as something that killed brain cells – effectively putting the fear of God in users and potential users. That said I’m assuming that if this happens at all, it only happens to those presenting with a cannabis use disorder.

Instead of the ‘killing brain cells’ myth, today, scientific cannabis studies inform us that the active molecules in cannabis have helped to increase memory in older mice [3] which they say may or may not translate to older humans. Also, science has discovered that cannabinoids, particularly CBC (not CBD) used therapeutically, may actually regenerate and restore brain cells, [4] which is additional potentially encouraging news for the senior older brain.

We already know for a fact that cannabis is an adaptogen herb with the power to enhance the endocannabinoid system (ECS) found throughout the body and tasked with the function of restoring deficiencies therein. This includes possible deficiencies of the ECS system found in the brain. As the ECS is re-established to full functioning, its primary role in balancing other physiological systems of the body translates to an increase in the direct and overall experience of wellbeing. See Cannabis Snapshot for more details on how the ECS works.

Not surprising, the senior demographic is one of the fastest growing when it comes to accessing medical marijuana. [5] [6] It is an idea whose time has come.

2 Responses to “Seniors are Doing It: Medical Marijuana”