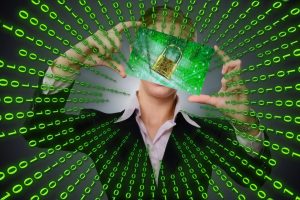 Step 1: The importance of seeing the matrix for what it is

Cannabis is medicine for the soul to help embolden human resilience; it offers a counterpoint to the mental dysfunction and rising tide of emotional and physical violence in North America. Statistical evidence, as mentioned in Part I of this series, proves this as fact, not opinion. None too soon, nature’s cannabis is showing up as a potential agent of change.

I believe a collective peace could be realized once enough people, one-by-one, recognize the ways in which they have become disconnected and default to a perspective of blame. The ancient Greeks had a word, metanoia, to describe voluntarily choosing to ‘turn around”. Turning around is as much of an internal process as social media, for example, continues to be an external one. Finding balance is the agenda.

Medicinally-dosed cannabis can provide a jumpstart to recovering a felt-sense of metanoia yet is not the be-all and end-all of personal transformation. Best-case scenario is combining different health and spiritual modalities with cannabis therapy for long-term benefit. (More later.)

A complete recovery from living on the ‘edge’ is a commitment over time, not instantaneous. During the course of this series of articles I will share the steps that have led to my own metanoia and new outlook on life.

Step 1: The journey begins with seeing the ‘matrix’.

Stay with me here: A matrix is a system, a contextual framework anchored by a set of conditions within which content develops.

North American Society is such a system. The matrix framing our society generates content. But because it generates so much content it’s almost impossible to recognize its operational set of conditions. “Can’t see the forest for the trees”?

Competition is one guiding principle of the North American matrix, as not only important, but superior to cooperation. When competition is prized above all, it automatically enhances the potential for those lacking ethical or moral restraint, and who aim to advance their own position and power, to rise to the top so they can wield power over others. Sound familiar?

“The men the American people admire most extravagantly are the most daring liars; the men they detest most violently are those who try to tell them the truth. A Galileo could no more be elected President of the United States than he could be elected Pope of Rome. Both posts are reserved for men favored by God with an extraordinary genius for swathing the bitter facts of life in bandages of soft illusion”.- H.L. Mencken (“The Art Eternal”, New York Evening Mail 1918, as quoted in Alistair Cooke, “The Vintage Mencken”)

A society’s guiding principles and beliefs trickle down as internalized, personalized beliefs and behaviors that seem impossible to change until the matrix is seen for what it is. For example a random personal belief might be: “I have to do better at (blank) than my siblings in order to get my parents’ love.” Of course there are as many versions of any internalized belief in the superiority of competition as there are people.

Many obstacles that stand in the way of our breaking free from this or that situation in our lives are obscured because we are blind to the matrix. I’m with Morpheus who said in the Matrix Movie:

” Like everyone else you were born into bondage. Into a prison that you cannot taste or see or touch. A prison for your mind. Unfortunately no one can be told what the Matrix is. You have to see it for yourself.”

The good news? Humans are more than a self conditioned by a societal matrix; they are equally, if not more so, human ‘BEINGS’ with free access to an un-conditioned, equal-opportunity intelligence.

In most cases, reconnecting with this deeper, unconditioned self means taking the first (giant) step of seeing the matrix. The veil lifts to reveal just how much the matrix has had power over our thoughts, emotions and behaviors; it is this leap of awareness (also an act of courage) that leads to reframing who we are, how with think and how we respond to others.

The stigma surrounding using cannabis at all, still exists. However, an even larger matrix-generated stigma tops the usual one when it comes to the use of cannabis to effectively address the exploding degradation of mental and emotional wellness. These stigmas, manufactured-for-us, have zero basis in science and serve only to shame and discredit the person who dares to consider such a proposal. Think: motivations of money and control.

It’s time for the current social trajectory and personal soul pain to head in reverse. I hope you will give some thought to the value of medicinal cannabis as an experimental and historically non-toxic sustance to jumpstart healing, inspiration, and a new outlook on life.

Next – Step II: Reconnecting with your unconditioned intelligence

8 Responses to “Cannabis Wisdom and the Resilient Human – Part II”