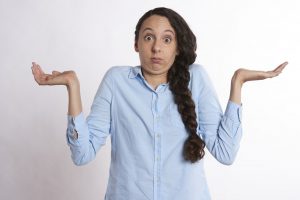 Hands down the pharmaceutical industry has cornered the market when it comes to helping people overcome symptoms of various anxiety disorders. With statistical evidence of the notable increase in anti-anxiety meds prescribed for emotional and mental pain, pharmaceutical profits have skyrocketed. Without a doubt, these meds have been a lifesaver for many.

But is it all good?

Absolutely not. Studies and product inserts provide the dark side. The decision to pop a tried-and-true benzodiazepine (benzo), tranquilizer, or the more recently prescribed for anxiety, antidepressant pill, is not a casual one. It is a scary prospect that requires taking the good with the bad.

Virtually all pharmaceuticals act to counter the natural function of a bio-chemical process in the body in order to reduce or limit negative symptoms. They do not cure anything.

Some of the benzo meds prescribed for anxiety disorder are:

Benzos are meant for short-term use. Their misuse comes on the heels of the opioid epidemic and can cause both physical and psychological dependence, and difficult withdrawal symptoms while worsening pre-existing depression (FDA). According to the National Institute on Drug Abuse the risk of a fatal overdose is up to 10x more likely when a benzo is combined with an opioid; overdoses involving benzos quadrupled between 2002 and 2015. Additionally, the Drug Enforcement Administration reports that the deadly drug, fentanyl, has been found in Xanax. [1]

A recent Canadian study found the SSRI type of antidepressant disrupts the brain’s natural regulation of its many functions. Though SSRI’s can help depression by retaining serotonin longer in the brain, they also disrupt the naturally ideal function of serotonin. The study also cited that study participants taking both the TCA and SSRI types of antidepressants evidenced increased risk of early death.

Do the benefits outweigh the risks? Me thinks not.

Despite scientific evidence, most people still make pharmaceutical drugs their “go-to” for alleviating anxiety disorders. The marketing arm of the pharmaceutical industry is so ubiquitous that it drowns out ‘alternative’ medicine solutions. The funny thing is that alternative medicine is actually not alternative, at all. In fact natural medicine, including healing with cannabis, existed for centuries prior to how we humans began to think about ‘scientific’ medical practices.

Thankfully, a lifestyle approach to dealing with an anxiety disorder can effectively get to the root cause and provide a long-term solution with little to no side effects. Conventional medicine and pharmaceuticals may have their usefulness but may also trigger a cascading number of serious side effects.

Why don’t more people go the natural route? I think for several reasons or a combination thereof:

1. They have no idea there are other ways to genuinely get relief.
2. They do know but prefer to gamble with their health because they want insurance to pay.
3. They trust what medical doctors tell them more than anyone else.

Think about it: evidence-based, therapeutic cannabis use, particularly using CBD, is alleviating anxiety disorders for many people as we speak. More to share in Part III of this series. Stay tuned.

One Response to “The Anxiety Epidemic, Antidepressants and CBD Part II”