You are here: Home » Holistic Practice » Cannabis is More than Medicine 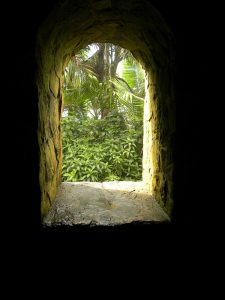 The ancient cannabis plant continues to bless we humans and animals while exceeding expectations of its medicinal efficacy. How so? Cannabis is more than medicine; it is a portal to new scientific discoveries for health and wellness.

I believe 21st century conventional medicine has exceeded its optimal place in culture. For example, in this era of legal cannabis alongside the widespread use of pharmaceutical drugs, cannabis is often referred to as another drug, which is not true except when the pharmaceutical industry turns it into ones like, Marinol.

As plant medicine cannabis helps to alleviate many conditions. CBD, alone, has garnered new respect for the plant and its multiple health benefits. Obviously, this is fantastic news but only a part of what cannabis brings to the table.

Two of the over 100 known chemical molecules of the cannabis plant, tetracannabidiol (THC) and cannabidiol (CBD) happen to be a perfect biochemical match with the body’s own chemical molecules: Anandamide and 2-AG. Anandamide and 2-AG Anandamide and 2-AG are critical components to a recently discovered meta-system of the body, the endocannabinoid system(ECS). Until Israeli scientist Raphael Mechoulam and his team discovered it in 1992, no one knew about or understood how cannabis coupled seamlessly with the human body, nor that such compatibility was the function of a previously unknown physiological system.

The discovery of the ECS changed everything.

Cannabis aside for the moment, Mechoulam and his team determined the ECS to be a genetically-coded molecular-signaling (communication) system that regulates the homeostasis (balance of health) for each and every other physiological system of the body. All mammals have one. The ECS functions in a lock and key fashion binding the body’s own chemical molecules (keys) to the system’s superstructure of receptors (lock), also protecting against the negative impacts of stressors.

Medical researcher, Ethan Russo, MD, discovered that the ECS has a quality of “tone“ which can become weakened with age. Due to the body’s build-up of toxins over time, the ECS can become deficient and lose effectiveness, which makes someone more vulnerable to disease processes. In other words, the ECS could use some help.

As mentioned, cannabis precisely mimics, externally, what the body is meant to do, internally using its own chemical molecules in a lock and key system. However, with inadequate binding action of the body’s natural chemical molecules to the ECS superstructure of receptors, ECS tone becomes deficient.
To restore ECS tone, cannabis can provide a needed boost.

The cannabis interface with the ECS is a step towards more possible discoveries about what it takes to maintain the health of this system which, in turn, regulates the health of the body. It has given medical researchers a portal of unprecedented access to explore and learn more. For one thing, we already know that the quality of ECS ‘tone’ can be assisted by other substances and processes such as, leafy greens, omega-3 foods and supplements, cocoa, moderate exercise, meditation, acupuncture, chiropractic, cranial sacral therapy and probiotics.

Perhaps one day we will be able to measure and monitor our ECS tone in order to help maintain it at an optimal level. This is just one of the ways the ancient cannabis plant adds s value to mammalian life on earth.

5 Responses to “Cannabis is More than Medicine”