You are here: Home » Alcohol and Cannabis » Outer Chaos and Inner Calm 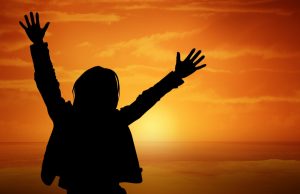 “When it is dark enough, you can see the stars.” ~Ralph Waldo Emerson

Election year 2020, Corvid-19 fears, and wild swings in the stock market have only served to further agitate many who are already dealing with multiple challenges. After 6 months of quarantine, people find themselves off-kilter from the world’s input. Anger, blame and fear are at an all time high as it is hard to discern what’s true with so many dueling perspectives vying for validity.

Much personal suffering festers in silence. With inner turmoil and disconnection generated by outer chaos, self-soothing becomes a vital counterpoint. Yet the approved, conventional modes to do so can easily turn self-destructive; many will overuse alcohol [1], pharmaceutical drugs [2] [3] and street drugs like meth and cocaine. [4] Unaddressed stress, anxiety and depression, only masked by over-indulgence, are understood as potential precursors to physical issues of chronic pain and disease processes.

Triggered by the World in Chaos

As far as I can tell, the belief that satisfaction in life is achieved entirely from what the world has to offer is incorrect. I say this while observing the opposite: how it undermines the health and happiness of those who appear to believe this. Especially now when we repeatedly plug into negative emotionally-charged messages, we may be affected more than we may realize.

“The inoculation of here and now”

Agitation over happenings which we are powerless to modify, either because they have not yet occurred, or else are occurring at an inaccessible distance from us, achieves nothing beyond the inoculation of here and now with the remote or anticipated evil that is the object of our distress. Listening four or five times a day to newscasters and commentators, reading the morning papers and all the weeklies and monthlies–nowadays, this is described as ‘taking an intelligent interest in politics.’ St. John of the Cross would have called it indulgence in idle curiosity and the cultivation of disquietude for disquietude’s sake.– Aldous Huxley, Perennial Philosophy, 103-104, 1945.

Disconnection leads us further to define ourselves based on external factors. Generally speaking, race, family and culture and generation are what shape our outside-in identity. Yet there is much more to the story of who we each are. I will break it down.

The contrast between the two, like hot and cold, is what informs us of the difference between them. As whole human beings we also are part of nature with two primary aspects. When we sort out ‘human’ from ‘BEING’ the contrast becomes not only clear, but immensely helpful to the often overlooked aspect of whole-person health which includes the mind and soul.

The Conspiracy of Left Brain over Right Brain

Absent the recognition of and ability to rely on our inner resources as BEINGS, we lose connection with the whole of who we are which includes the nonphysical from which we each arrived on this earth, and that invisibly remains (mostly unacknowledged). Exclusive belief and reliance on our human aspect is the default link to emotions of anxiety, anger and depression. Additionally, exclusive reliance on our human aspect leads to another more insidious belief in the need to control others and/or circumstances in order for us to be happy.

Given our left and right two-sided brain, it appears that somewhere in human history, it came to be that the left brain was deemed more important and should dominant the right. Generally speaking, that which is associated with the left brain: light, activity, right, anything physical, order, etc., are considered good. That which is associated with the right brain: dark, passivity, left, the nonphysical, chaos, etc., are often considered less favorably.

Perhaps the subjugation of the right brain began out of primal survival needs and a conspiracy of fear of the dark? However, allowing the left brain to dominate the right brain may have been what built the super-highway to the human either/or right/wrong proposition of life. I believe that this ingrained dualistic mindset extended to making the “human” active and the “BEING”, non-essential.

The Return to Wholeness

Whereas a reconnected human being is not only active and productive, the BEING takes precious time to tap into the nonphysical dimension: infinite source energy, God, the universe, life force or whatever you call that which moves the sun and the stars. Paths are many, and personal. Surprise, surprise, we are not human doings.

The mission, should we individually choose to accept it, is to reclaim our  full-birthright identity from the inside-out as both an unconditioned inner BEING and conditioned human connected to and inspired by something larger. The reconnected human being learns ways to integrate their right brain with their left; they enjoy the calm and peace of a 10,000 foot perspective on their life and life in general while taking personal responsibility.

The medicinal use of cannabis helps many to jumpstart a welcomed, lifelong process of integrating BEING to achieve a felt sense of wellbeing.

The reconnection of the human and BEING is a way to reverse the natural foibles of being human. Infinite source energy takes many forms and is available to us all without exception; it is not a philosophy. I believe this reconnection is the only true equalizer, where love is in abundance; we not only gain a healthy perspective based on inspiration but one that also informs all our relations.

One Response to “Outer Chaos and Inner Calm”