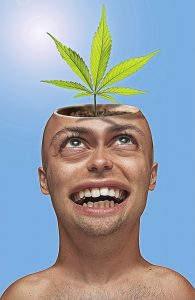 Who wants to be branded a pot head in our drug-test economy? Not anyone I know. It’s a costly label garnered from a stereotype of those who abuse cannabis but typically don’t think they are.

The ‘evil drug’ mental construct placed on cannabis officially dates back only 81 years in the United States. One man, Harry Anslinger, made it happen.

The Birth of Drug Wars

Back in 1930 Harry Anslinger became the first commissioner in the U.S. of the Federal Bureau of Narcotics which we now know as the Drug Enforcement Agency (DEA). The story goes that he initially did not oppose marijuana, at all, saying, “There is no more absurd fallacy” regarding harm to people and its provocation to violence. (1) That is… until he became the commissioner.

Prohibition for alcohol was soon to end and so it appears that perhaps Anslinger chose to lump marijuana in with heroin and cocaine for the sake of his job security, holding the position for a record 32 years.

In a radio address he asserted, regarding what was then known as “Indian Hemp,” that young people would become “slaves to this narcotic, continuing addiction until they deteriorate mentally, become insane, turn to violent crime and murder.”

Despite little scientific evidence for his claims at that time, he craftily sensationalized marijuana and disparaged African Americans and Latinos, in particular, as those leading the way. Anslinger succeeded in scaring the begeebers out of Americans. 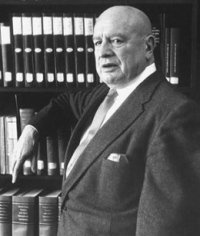 Commissioner Anslinger’s all-out efforts generated the context for the movie, Reefer Madness in 1936, to further terrify the American population. As the person who drafted the Marihuana Tax Act of 1937, (2) his dramatic testimony before Congress no doubt influenced its passing.

Additionally, Anslinger found a significant ally in William Randolph Hearst, of the Hearst media empire, who readily provided the platform and gave voice to Anslinger’s anti-Indian hemp campaign. (3) Some say Hearst partnered with Anslinger to protect his own lumber-enterprise interests against potential competition from industrial hemp.

To this day cannabis is a Schedule I drug along side of heroin and others which are stated to have “no currently accepted medical treatment use in the U.S.” Yet this official statement flies in the face of the very same government’s understanding of the plant’s evidence-based benefits. Pure hypocrisy.

How so? In 2003, U.S. Patent No. 6,630,507 was granted to the U.S. Department of Health and Human Services. (4) It is a patent for the potential use of plant cannabinoids found in cannabis sativa that are non-psychoactive, and for the stated purpose of protecting the brain in the case of damage and degenerative diseases.

Though 29 states and Washington DC have legalized medical marijuana, there are many restrictions with some states being cannabidiol (CBD) only, and others have no provisions for cannabis use whatsoever. Below is a very recent video called, The Life She Deserves: Medical Marijuana, created by the Brookings Institute in Washington, DC.

What more evidence could there be than the amazing recovery for the girl in the video. Cannabis is a plant, for goodness sake. Here’s what Willie Nelson says about it:

“I think people need to be educated to the fact that marijuana is not a drug. Marijuana is an herb and a flower. God put it here. If He put it here and He wants it to grow, what gives the government the right to say that God is wrong?”

One Response to “Medical Marijuana, Harry Anslinger and the Legal Challenge”