You are here: Home » CBD » CBD to the Rescue 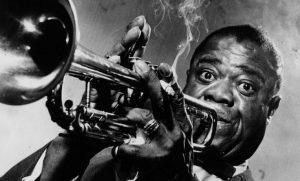 “It really puzzles me to see marijuana connected with narcotics dope and all of that stuff. It is a thousand times better than whiskey. It is an assistant and a friend.” ~Louis Armstrong, American musician, 1901-1971

Cannabidiol (CBD) is everywhere today in health news. It has made cannabis respectable, once again. As one of over 100 chemical compounds in the cannabis plant and one that is non-psychoactive, CBD is a current stand-out in the cannabis family.

Of course, it wasn’t always this way. After 81 years of prohibition since the 1937 Marihuana Tax Act and the more recent 1970 Controlled Substance Act in the U.S., CBD has ushered in a renaissance of acceptance for the sacred plant (so-called in India). This, despite continued federal designation of cannabis as a “Schedule 1 drug” in the same category as heroin with criteria of: no accepted medical value, not safe for medical use, and highly addictive.

Starting at some point in the 1930’s everything cannabis was lumped into the basket of “evil weed,” vilified for its psychoactive properties. Given the negative spotlight put on Black musicians and Hispanics in New Orleans and New York, it was considered a menace to white folk, and as seducing the young. [1] Panic over the plant was so palpable that cannabis as the medicine it always had been, didn’t stand a chance.

That was then and this is now. Evidence-based science is now showcased in the U.S. Government’s PubMed peer-reviewed publications, adding credibility to the many beneficial properties of and uses for CBD. First discovered in 1940 by an American chemist, Roger Adams, [2], the cannabidiol molecule was more fully understood when Israeli scientist, Rafael Mechoulam, isolated it in 1963. [3] 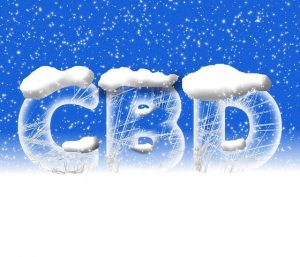 In a report of the February 2013 issue of The British Journal of Clinical Pharmacology CBD is cited as “an anti-inflammatory, anticonvulsant, anti-oxidant, anti-emetic, anxiolytic and antipsychotic agent, with the potential for the treatment of neuroinflammation, epilepsy, oxidative injury, vomiting and nausea, anxiety and schizophrenia, respectively.”

The CBD molecule is also neuro-protective. It protects the brain from certain disease processes and degeneration while regulating neurotransmitter function. This benefit to the brain is what caught the attention of the U.S. government and, in 2003, led to their procuring U.S. Patent No. 6,630,507.

CBD alters and lowers the overall psychoactive effect of THC, and is additionally considered a potential remedy for psychotic effects, and certain cognitive deficits such as PTSD, anxiety and depression. Plus, it is documented to help with arthritis, diabetes, alcoholism, MS, chronic pain, antibiotic-resistant infections, and osteoporosis in women.

Thinking CBD is too good to be true? Think again.

The reason CBD (and other cannabis molecules) helps a number of different health conditions is because of its interface with this essential physiological system of the body: the endocannabinoid system (ECS). Every mammal has one. It is a signaling (communication) system that regulates the homeostasis (balance) of every other physiological system of the body. However, due to toxic build-up in our bodies over time and accumulated stress the ECS can become deficient, lose effective functioning and lead to disease processes. CBD helps to reduce ECS deficiencies by modifying the way ECS receptors’ bind to various cannabinoids introduced to the body.

A developing problem is that many people now believe CBD is the good part of cannabis and THC is the bad part because of its psychoactive effects. This could not be further from the truth. Yet such thinking is easy to understand due to the stigma on cannabis. We’ve also been conditioned by a more reductionist type of healthcare system – one drug for one organ or bodily system – to think of a remedy in isolation of its holistic, original plant context.

Throughout ancient and modern history and until its prohibition, cannabis was valued holistically, both hemp and marijuana. Medicinally, the whole of the plant was used to ensure a synergistic and beneficial impact on a person’s overall, general condition beyond symptom management. Called the entourage effect, the interaction of the THC, CBD, and its other equally beneficial but less understood compounds, accounts for why the therapeutic use of cannabis provides relief to a wide variety of conditions.

Those of us helping others use cannabis as medicine are forever grateful to CBD for opening the door to the opportunity to provide a deeper education about the whole cannabis plant and its genuine healing gifts.

One Response to “CBD to the Rescue”