You are here: Home » Alcohol and Cannabis » Cannabis for Health: Not Ready for Prime Time 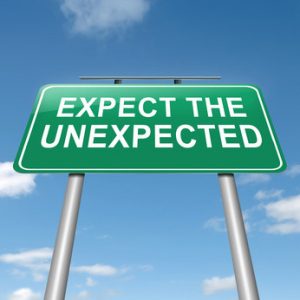 With the 2019 Super Bowl coming up this next weekend, something surprising happened. The organization called Acreage Holdings, with John Boehner (former US House Speaker) on the Board of Directors, submitted a 30 second commercial expressing the importance of families having access to ‘Medical Marijuana.’ It was not a commercial for any brand.

Perhaps needless to say, it was rejected. The NFL was not about to go against the dictates of the U.S. Federal Government; they know which side their bread is buttered.

A writer for Forbes Magazine, Mike Adams, said that their commercial does not represent what is actually happening with cannabis in the U.S. right now and I agree. He asserts that it is what’s called ‘adult-use’ (Think: getting high) that is exploding across the nation, not medicinal use.

The writer also cites a recent Wall Street Journal Op Ed, “If Weed is Medicine, So is Budweiser“ written by Dr. Peter Bach, a pulmonary physician at Memorial Sloan Kettering Cancer Center in New York. His claim is that if alcohol, like “marijuana”, helps someone experience less acute pain, both being intoxicants, then “if weed is a pain reliever, so is Budweiser.” [1]

Ah, I don’t think so but is it really any wonder?

I doubt most people know that it is the liquor control authority in each of the legal 10 states and DC for adult-use, that regulates cannabis.[2] In other words, the folks that brought you all the alcohol you could ever want, now bring you your cannabis. And we know how that has turned out for many of our friends and family.

As far as I can tell, such regulating bodies have but one thing in mind: increased revenue. So the more stoned you stay the richer liquor and cannabis control boards get via their often exorbitant taxation on retail products (37% in Washington State, for example).

Translation? Using cannabis for health, Medical Marijuana, (the government name, not mine), just doesn’t make the big bucks and apparently for its continued credibility stigma.

A silver lining grows exponentially as we speak. Those of us who understand cannabis as a plant of many healing benefits, when used medicinally, are concurrently creating our own parallel universe: a sphere of influence, worldwide, made up of collaborative practitioners and users sharing and updating everything we know about all the ways to use the plant for non-toxic healing of the body, mind and the soul.

Here’s the Acreage Holdings commercial that got rejected for the Super Bowl.

2 Responses to “Cannabis for Health: Not Ready for Prime Time”