You are here: Home » Spirituality » Therapeutic Cannabis: Towards a Transcendent Ethic

In 1983 I had the privilege of co-producing the last leg of R. Buckminster Fuller’s national speaking tour at the Marin County, California, Civic Center titled, “Only Personal Integrity is Going to Count.” Sadly, just a few months thereafter, I was attending a joint memorial service for both Bucky and his wife, Anne, on the same day I was originally scheduled to attend their 60th wedding anniversary. 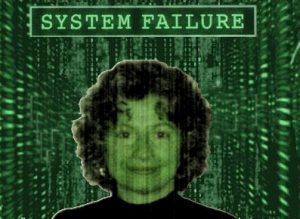 Thirty five years later, the title of Bucky’s talk seems more like it would be the title of a Saturday Night Live (SNL) skit mocking personal integrity, given how much civil discourse today is fraught with emotional violence.

That said, in addition to personal integrity, another enduring concept I learned from Bucky was about systems thinking: the importance of seeking and finding the big picture to get to the bottom of any problem. This, in turn, offers the best chance for discovering an effective solution.

What does any of this have to do with the therapeutic use of cannabis, you ask?

In my three-part series, The Addictive Society and Cannabis, I peek behind the curtain of our culture and share the big-picture premise that we live in an “addictive society” of dualism, dishonesty and control [1]. Considering for the moment that we DO live in such a society, I believe most North Americans are in serious need of recovery from its effects.

Though more and more people see the same mechanisms operating behind the curtain as I do, their suffering is not diminished. Therapeutic cannabis may be one answer, not only for personal recovery, but also for advancing a quality of awareness that encourages thinking beyond the fray of culture wars. In an externally-focused and materialistic society, insight and introspection can tip the scales for the good.

I personally have used cannabis in this manner for its spiritual benefit and have experienced: “the marvel that is beyond doctrine.”[2] A minimal dose of a CBD-rich product with equal amounts or less of THC can provide a window to and sense of the “infinite transcendent.” [3] *No religious beliefs are required, neither are they an obstacle to experiencing this needed respite from life’s everyday dysfunctions. 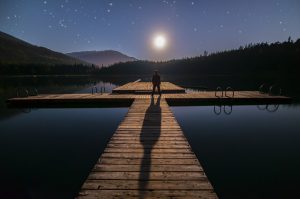 My perspective is that a genuine remedy for a sick society begins one-by-one in the realm of religion or spirit, and not in the realm of politics. Some find higher truth in religion, others find it in moments of insight and/or connecting with nature.

I envision a day when a critical mass of people, who, by use of therapeutic cannabis, or otherwise, individually arrive at the same truth of their connectedness to something larger than their ego, and realize that they are both ‘downstream’ from it and without control over it.

This is where personal integrity can re-enter the conversation; the Golden Rule takes on new meaning.

If this vision is ever made manifest, my hope would be that the political arena would transform as a result. Victimhood would be replaced by personal responsibility and a personal motivation to relate with others in a world beyond our differences: beyond the zero-sum game of winners and losers. The endgame of domination and control would die a natural death.

However, if history has anything to do with it, my vision of peaceful co-existence may never come to pass as an overarching reality. Even so, one-by-one each of us can do the work of ‘turning ourselves around’ and infuse increasingly-larger doses of good will, caring and openness into our personal sphere of influence.

As far as I can tell, a transcendent ethic, that translates to personal integrity, does exist.

* This option would apply only to those living in legal medical-only states or legal medical and recreational states and is absolutely not recommended to anyone as a first experience with THC. Remember: Go slow. Start low.

3 Responses to “Therapeutic Cannabis: Towards a Transcendent Ethic”