You are here: Home » Alcohol and Cannabis » No Contest: Cannabis vs. Alcohol 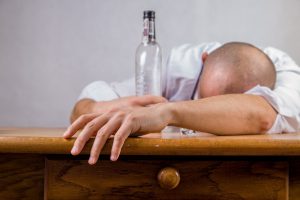 Hands down, cannabis comes out on top despite the ever-present stigma that rears its ugly head even in legal recreational-use states. Alcohol use, however, is generally still more popular and widely accepted in the adult world.

In this information age boasting huge amounts of data, it appears that easy-to-access facts about the risk factors of both cannabis and alcohol don’t really matter. Something else does.

Here are some of the reasons why I think the hard facts are overlooked. Behind the risk factors of both cannabis and alcohol lies what I believe is largely assumed social reasoning, including, but not limited to, peer pressure.

Peer-reviewed scientific studies have had much to say, especially about alcohol, since there are more data points for alcohol given it has been studied over a longer period of time. Note that the information below regarding marijuana often references regular and/or heavy recreational use and not medicinal use. Medicinal use applies the principle of utilizing the smallest amount to get the greatest health benefit.

To date most still think of medicinal and recreational use of marijuana as one and the same. This could not be farther from the truth. As the overall stigma on marijuana fades, I believe these distinctions will become clearer to more and more people. But for now, and for most, marijuana is dumped in one basket.

Click the link below to see a documented side-by-side comparison.

World Health Organization 2018 [1]
Drug Use and Fatal Motor Vehicle Crashes. [2]
National Institute on Drug Abuse for Teachers: Drug Facts Chat Day – Marijuana [3]
National Survey on Drug Use and Health (US) [4]
The Health Effects of Cannabis and Cannabinoids: The Current State of Evidence and Recommendations for Research [5]
Alcohol and Mental Health [6]
Alcohol as a Carcinogen [7]
Marijuana Use Associated with Increased Risk of Stroke, Heart Failure 2017 [9]
The Difference Between a Substance Use Disorder and an Addiction [10]
Remarkable Increases in Alcohol Use Disorders [11]
Drug and Alcohol Crash Risk [12]
NCADD Alcohol, Drugs and Crime [13]
The neural correlates of alcohol-related aggression 2018 [14]
Couple’s Marijuana Use … [15]
Memory and Marijuana [16]
Alcohol and Memory Loss [17]
Cannabis, Tobacco and Alcohol Use in Canada [18]

In the final analysis and with all of the above being true, a 2015 scientific report ranks cannabis way better than alcohol when it comes to risk factors.[19] So what’s all the hoopla about the importance of facts?

One Response to “No Contest: Cannabis vs. Alcohol”