You are here: Home » Mood Disorders » Cannabis Use Disorder: The Dark Side 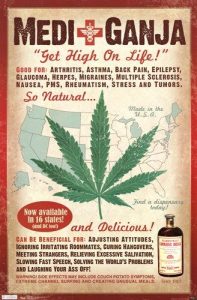 Cannabis is a very good and ancient medicine that can help and heal many ills. Yet nothing, including cannabis, is ever all one way. When its plant properties are used correctly, cannabis heals but when over-used/abused it can totally ruin someone’s life.

The difference between medicinal and recreational use is like the idiom about comparing apples to oranges; they are not the same.

“… to be classed as an addiction, any such behaviour should comprise a number of key components including overriding preoccupation with the behaviour, conflict with other activities and relationships, withdrawal symptoms when unable to engage in the activity, an increase in the behaviour over time (tolerance), and use of the behaviour to alter mood state. Other consequences such as feeling out of control with the behaviour and cravings for the behaviour are often present. If all these signs and symptoms are present I would call the behaviour a true addiction.” [1]

A mostly unspoken cultural agreement in North America, that more is better, renders the act of over-consuming as normal behavior. Add to this the overt rise of stress, anxiety and depression in a challenging social and political climate and you get the perfect storm of people falling off into the deep end.

The person who is always looking for a way to calm themselves down via over-consumption of their favorite substance or process, at same time avoids identifying and addressing the core personal issue that keeps them enslaved to it. As a result many suffer insidious symptoms undermining the quality of their physical, mental, emotional and relationship health.

This is where therapeutic cannabis can help. However, when unchecked, partakers can stumble down the slippery slope to a ‘cannabis use disorder.’

I have personally known, and known of, cannabis addicts who did not have a psychological sense of ‘who they were’ unless they were high. Their deepest identity was tied to the visceral experience of cannabis intoxication. Their alter-ego led to the ruin of their marriages and left others behind to pick up the pieces in their wake.

The rise of the recreational dispensary in states where cannabis is legal contributes to the dark side of cannabis use disorder, as far as I can tell. It’s as if, for those so predisposed, legalization equals a green light to either begin or resume over-consumption, legally.

Recreational dispensaries naturally keep the dark side to themselves, much the same as do liquor stores. Sales people, called budtenders, and no matter how proficient they are in the cannabis space, encourage repeat business and multiple purchases. After all, it is still a business needing to show a profit.

My direct research informs me that most dispensary (recreational and medical combined) sales in the part of Washington State where I live are 60-70% recreational and 40-30% medicinal: the majority of which contain a substantial amount of CBD along with THC and other cannabinoinds. Most I found go for super-high THC (20+ %) while the medicinal lags behind.

To be fair and contrary to popular belief, most dispensaries in this state are not high rollers. On top of the state sales tax of nearly 9% there is a 37% tax on marijuana products not to mention other Washington State Initiative I-502 taxes specifically for marijuana retailers. Who rakes in the big money? The Washington State Government does while also making the stringent regulations.

We humans, once again in the final analysis, are at choice as to why and how and we use cannabis, or anything else, for that matter. In my view the optimal use for cannabis is responsible moderation for wellness and healing of the body mind and soul.

9 Responses to “Cannabis Use Disorder: The Dark Side”