You are here: Home » Mood Disorders » Cannabis Reprimand and Reality 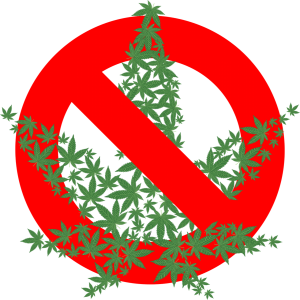 Yes, this is from a February 2019 article by a writer, Alex Berenson, Marijuana, Mental Illness and Violence. He tells us, among other things, that in the past he “covered the pharmaceutical industry for the New York Times.”

At least he said, “almost everything,” though his article is every bit the scathing rebuke of all things cannabis.

My first impression after reading it from beginning to end was thinking about the saying: the pendulum swings. What I mean is that this sort of reporting on cannabis is bound to happen especially given the abundance of one-sided reports on the Internet about the unqualified miracles of cannabis.

In my view as a cannabis practitioner, marketers of cannabis products, especially CBD, are doing what marketers always do: stretch the truth and avoid saying anything that might be construed as negative. However, my job to educate and empower my readers and clients by providing the whole story.

Once I realized about how the pendulum was swinging, I went back over the writer’s specific claims, interestingly absent of verifiable citations. Some of his claims were true and other’s false. Oh, and don’t forget that the writer likely was hired and paid to represent the explicit views of Hillsdale College.

Here are some direct quotations from the article along with my responses.

Claim: “Cannabis users today are also consuming a drug that is far more potent than ever before, as measured by the amount of THC—delta-9-tetrahydrocannabinol, the chemical in cannabis responsible for its psychoactive effects—it contains.”

True but cannabis is not a drug; it’s a plant. Even so, due to hugely increased potency, it calls upon the individual to learn to use cannabis with these high amounts of THC, very judiciously. Most people tend to over-smoke and do not take responsibility for doing so.

Claim: “They’ve told you marijuana has many different medical uses. In reality marijuana and THC, its active ingredient, have been shown to work only in a few narrow conditions.”

Claim: “In reality, like alcohol, marijuana is too weak as a painkiller to work for most people who truly need opiates, such as terminal cancer patients.”

Likely false. You can read this excellent 2018 article by Lynn R. Webster, MD. Here’s an excerpt: “There seems to be a correlation between the availability of medical marijuana and a slower rise in the increase of prescribed opioids. While it can’t be proven the two are related, the association is strong. The Rockefeller Institute of Government has found that, in states where patients have access to medical marijuana dispensaries, Medicare patients use 14.4% fewer opioids.” [3]

Claim: “Research on individual users—a better way to trace cause and effect than looking at aggregate state-level data—consistently shows that marijuana use leads to other drug use.”

Both true and false. Is it the substance or is it the individual? “In other words, does the drug cause people to make poor choices for themselves, or are certain people primed by genetics, their environment, or both to make unhealthy decisions?” [4]

Claim: “Most of all, advocates have told you that marijuana is not just safe for people with psychiatric problems like depression, but that it is a potential treatment for those patients.”

True but the writer thinks otherwise. Not only have there been many scientific studies done showing the causal link between relief from depression and cannabis [5] but I also have a friend who swears that using cannabis therapeutically shifted her completely out of depression into seeing and acting on new possibilities.

Claim: “People with schizophrenia . . . when they use drugs, their risk of violence skyrockets.”

True. Though studies such as this one [6] do show the correlation, the idea that schizophrenia can be caused by a cannabis use disorder alone, remains unproven. [7]

Claim: “. . . studies showing that marijuana use is a significant risk factor for violence have quietly piled up.”

It depends. What it depends on is how high a dose someone has taken and possibly what else they have combined it with, leading to impulsivity and possibly psychosis for those vulnerable to mental illness. However, otherwise used therapeutically and/or responsibly on its own, i.e. not abused – not a risk factor for violence. [8]

Claim: “In 2014, people who had diagnosable cannabis use disorder, the medical term for marijuana abuse or addiction, made up about 1.5 percent of Americans.”

True. Cannabis Use Disorder continues to be on the rise. [9]

My conclusion? Nothing is ever just black or white. Shades of grey reflect reality. Cannabis, like anything else, including food and screen time, can and does get abused; risk is real. However, cannabis also heals. What was glaringly left out of Mr. Berenson’s article (besides citations) was the significant factor of personal responsibility when it comes to cannabis use, and for that matter, to most every aspect of our lives.

5 Responses to “Cannabis Reprimand and Reality”